My novel The Other Jackie Robinson was a finalist for the annual Top of the Mountain book award! I traveled to Fort Collins for the Northern Colorado Writers’ Conference April 22, 23 and met a lot of great people involved in writing, agenting and publishing. I was hard to miss in my Brooklyn Dodgers jersey, number 42 (of course!) which was sort of a litmus test and sort of a data pull and also a marketing gesture. I was curious who knew the significance of the number on the jersey right after the Jackie Robinson celebration week (when all baseball players wear the number 42), the release of the Ken Burns film and the recent trip Rachel Robinson took to Cuba with President Obama. I did not win the prize, but hey, I got to spend time with some wonderful writerly people. The jersey experiment tells me that Jackie Robinson is recognized by more people right now than ever before. Maybe not as high a percentage as during his lifetime, but more people. That’s my slightly informed opinion.

A standalone chapter from the novel (#20, if you count chapters) won first prize as a short story in the Big Pond Fiction Contest! Yeah! The story is called  Black Man Running, 1969. So was the chapter.

Just a little added trivia, because I do count chapters—The Other Jackie Robinson has a total of 42 chapters. Amazing coincidence, ya think?

…For as you dwell in the house of thy Master, so must you abide by the rules of the Master, and though you may not understand, still you must obey, and though  you may not remember all of the rules, still, you must remember “come,” “off,” “down,” and “no,” above all others, and at all times. […]

END_OF_DOCUMENT_TOKEN_TO_BE_REPLACED 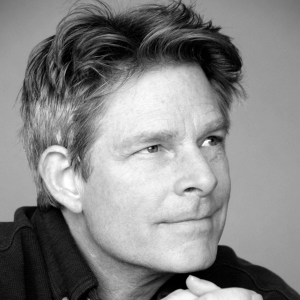 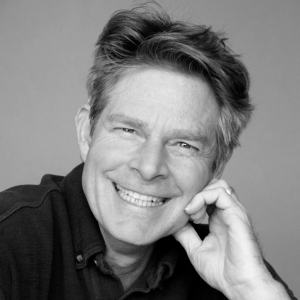 THE OTHER JACKIE ROBINSON

A Young Adult Literary Sports Novel by Lawrence Good — When a fourteen-year-old mixed-race baseball player moves to the Midwest from New Jersey and begins to hear coaching advice from a ghostly voice, he must solve a family mystery, identify his “baseball angel,” and free his widowed father from a long-held secret burden. These initiatives plunge him into the era of Negro League baseball, the Harlem Renaissance, and the Tuskegee Airmen of World War II, wherein he discovers an extraordinary new character—his own!

In 1947 Jackie Robinson was the first African American to play major league baseball. But whatever happened to everybody’s natural top choice, the homer-hitting lefty, Henry Rolle, captain of the New York Black Yankees of the Negro National League? 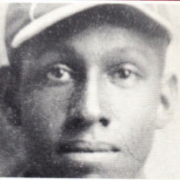 Go back to 1938, and Henry Rolle is a rising star. By 1941 he is having the season of his life for the Yankees, both as a baseball player and as a young man in Harlem.

When Pearl Harbor is bombed, Henry leads a group of barnstorming players to jump the team in Alabama and join the legendary Tuskegee Negro Pilot Training Program. He learns to fly fighter planes and his entire destiny changes, but his newborn son will grow up without even knowing his father’s name.

Present day—Henry Rolle’s grandson Pearse Redwell finds a trove of antique baseball artifacts in his dead aunt’s attic, including a vintage baseball glove which is imbued with the spirit of Henry Rolle, and through which “the other Jackie Robinson” turns his baseball experience in Pearse’s favor.

As Pearse and two new friends pursue a youth league championship, the boys are also learning the inspirational story of Henry Rolle that will shake the Redwell family back three generations. When Pearse delivers this secret birthright to his father, a dark debt from a legacy of discrimination is paid, and the healing of a family can begin.

This epic (94,000 word) dual-narrative young adult novel crosses generations to follow a young man’s search through his lost family heritage for the confidence to lead an effective and meaningful life.

“You are taking readers on a spin through time with baseball being the thread. I get it! You have a lot of punch in your writing and the pacing clicks along. Dialog is very solid and you have an authentic voice.” — Joe Caccaro, Editor, Koehler Books

I studied writing with Tobias Wolff, Ken Fields, Brett Singer and Michael Koch at Stanford University (BA, 1981, Musical Composition). Long ago a short story was accepted by Sequoia, Stanford University’s literary magazine. This was the only fiction I ever published, though some would claim that many of my regular op-ed columns (5 years) for the Aspen Daily News were fiction. Some were.

My career as a musician has led me many places I might not have otherwise been invited to, and with many people I might not have otherwise traveled with. That was the original point of my becoming a musician and I am grateful for the experience, and all the material! My song Political Party was one of the Top 100 songs of 1992 (Cashbox Magazine.) I won the Telluride Bluegrass Festival ‘Troubadour’ Contest, the Aspen Songwriting Contest, and have performed at the Jazz Aspen Festival, Telluride Bluegrass Festival, High Sierra Fest, H.O.R.D.E., and many other regional festivals. I have opened for Jimmy Cliff, John Prine, Little Feat, Steel Pulse, Blues Traveler, Warren Zevon, John Hiatt, David Wilcox, War, and many other artists, sharing the stage with many of them. Heck, Sheryl Crow once opened for me!

I have written, performed and produced eight musical documents, what we used to call ‘albums.’ Three are available on the flip-side of this site. Thank you for asking! — Lawrence Good